A-maze-ing Laughter and Trans AM Totem 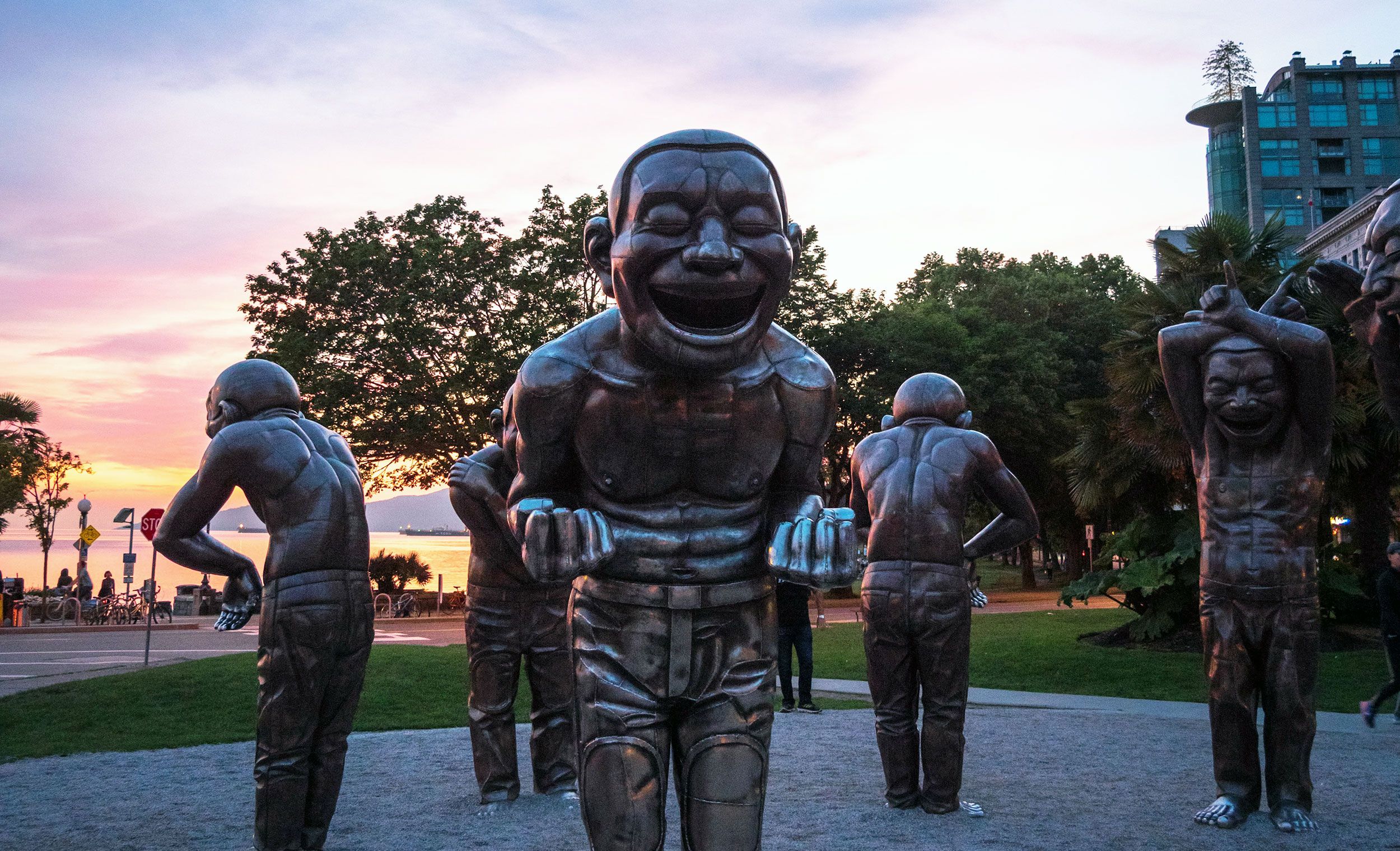 The opportunity to transform public space and share inspiring works of art with the people of Vancouver.

The A-Maze-Ing Laughter exhibit was originally displayed during the 2009 - 2011 Vancouver Biennale near English Bay. It quickly became a cherished and beloved iconic piece to the people of Vancouver, which motivated the Biennale to find a way to make its permanent home at the corner of David and Denman Street.

The Wilson 5 Foundation stepped in to purchase the work and donate it to the City as a legacy piece of public art.

The Trans Am Totem was installed as part of the 2015 - 2017 Vancouver Biennale near the Georgia Viaduct. The popular art installation was set to be removed at the end of its exhibition until the Wilson 5 Foundation donated the funds needed to keep it on display.